Texas Folklore Society hootenannies is where I learned the value of the songs that I heard growing up.-Lee Haile, longtime member and hoot leader

Part conference, part music concert, our annual meetings have been described as "a great family reunion–like when your favorite cousins show up!" We get so excited to see old friends and make new friends, we have to schedule time to get 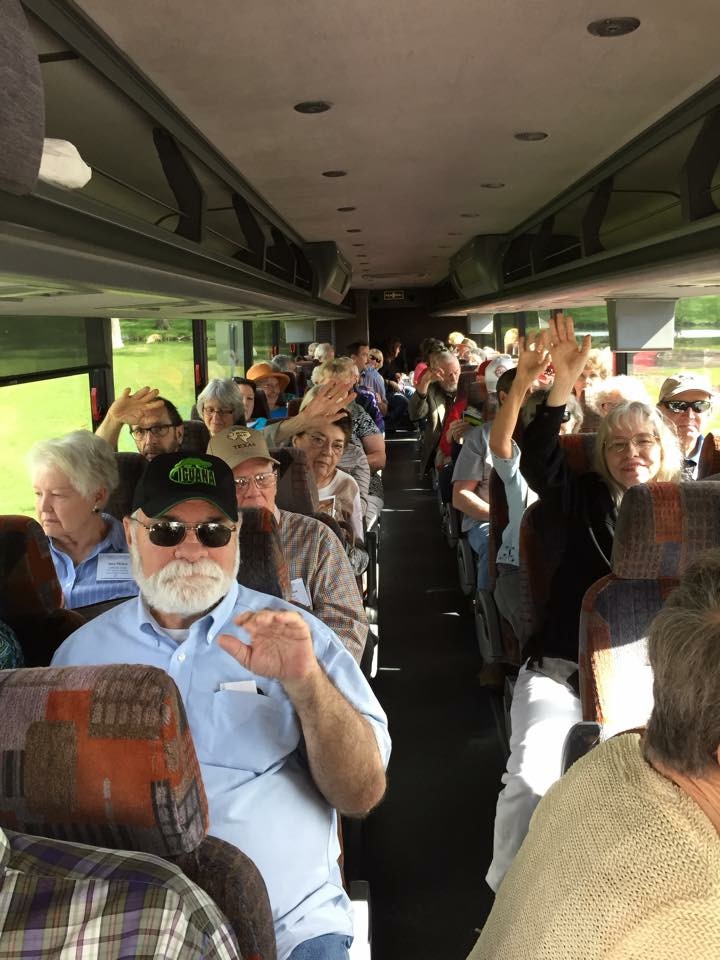 our visiting in. When our home office was located in Austin, the meetings were held every other year there, and the years in between we met in other locales. Over the past several years, we have traveled to cities north, south, east, and west, with a few stops in the middle. Our 100th meeting in 2016 was in Austin, and we were surprised to find that it had been 50 years since we'd been there.

We traditionally meet on Easter weekend. This tradition started because most of our participants were affiliated with education and they were off work on Good Friday. We tried it a few other ways, but we have come back to Easter weekend as the best way for us to be able to gather. Here's a sample of what we do:

Thursday afternoon we check in and get registered. Many of our folks take a tour of a local attraction that has been arranged by our local hosts. Even if you've been to a city a time or two, our hosts try to find something new, different, and off the beaten path.

Thursday evening, we have a President's Reception with appetizers and drinks. This tradition was started in 2015 as a way for folks to get to chat before the hootenanny gets started...that way nobody is getting "shushed" for being excited to see each other! 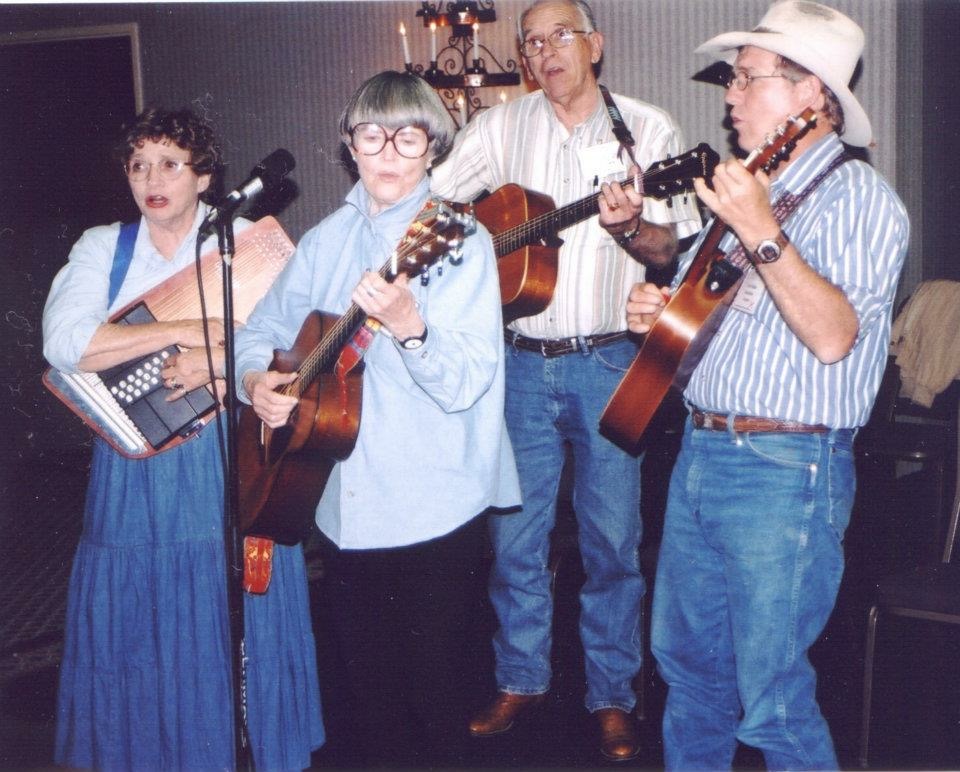 After the reception dies down, the hootenanny gets started. The first record of an official hootenanny was in 1956 and was arranged by Hermes Nye. Since then, various folks have helped with coordinating the "turn-taking," including past Secretary-Editor, F. E. Abernethy, and most recently, longtime member Lee Haile. "Texas Folklore Society hootenannies is where I learned the value of the songs that I heard growing up," says Lee. "The hoot was the one thing that hooked me in the beginning and kept me coming back year after year when I was very young in this organization. Nothing unites folks like the music they share, and that alone is reason enough to try to keep these old songs going." We usually invite folks up for a song or two, a poem, or the telling of a short story. There are times that a bunch of folks will come up to do a picking circle or a small bunch will play a song together. Sometimes songs are open to audience participation, and in 2016 at the 100th Meeting, we had a songbook with some old favorites. This event has no official end time and folks find themselves falling into two camps: those who are night owls and those who prefer the early worm.

We kick off the meeting with welcome remarks by a local dignitary or resident. Then we commence with the sessions of papers. We have one person who chairs the session and typically three papers of about 20 minutes apiece, on a variety of topics, often with great presentations to illustrate. Topics vary as much as our diverse population of Texas and the Southwest--some are fascinating, some are astounding, some are fun, and some are side-splittingly-talk-about-it-for-years hilarious. 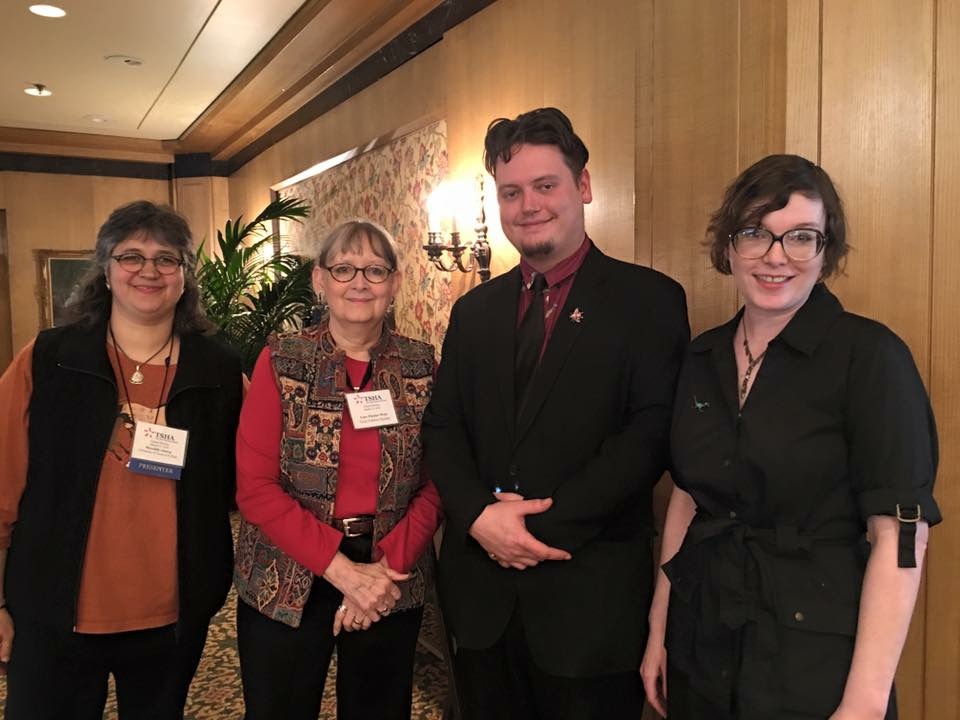 After one session, we take a break, then we're back at it for session two. We don't run competing sessions, so no difficult choices about which you'll go to. After session two, we break for lunch.

After lunch, we repeat with session three, a break, then session four. To keep the fun going, the evening events include a happy hour followed by a banquet. Banquet activities vary with speakers or music. After the banquet, a second hootenanny ensues. Dancing is often a part of the evening as well, either during the entertainment at the banquet, or during the hoot.

We gather for coffee and pastries and then get started on our last session. We have a paper or two then have our business meeting followed by another paper or two. Then we sing "Beautiful, Beautiful Texas" while holding hands, we bid our old and new friends adieu and go on our way.. 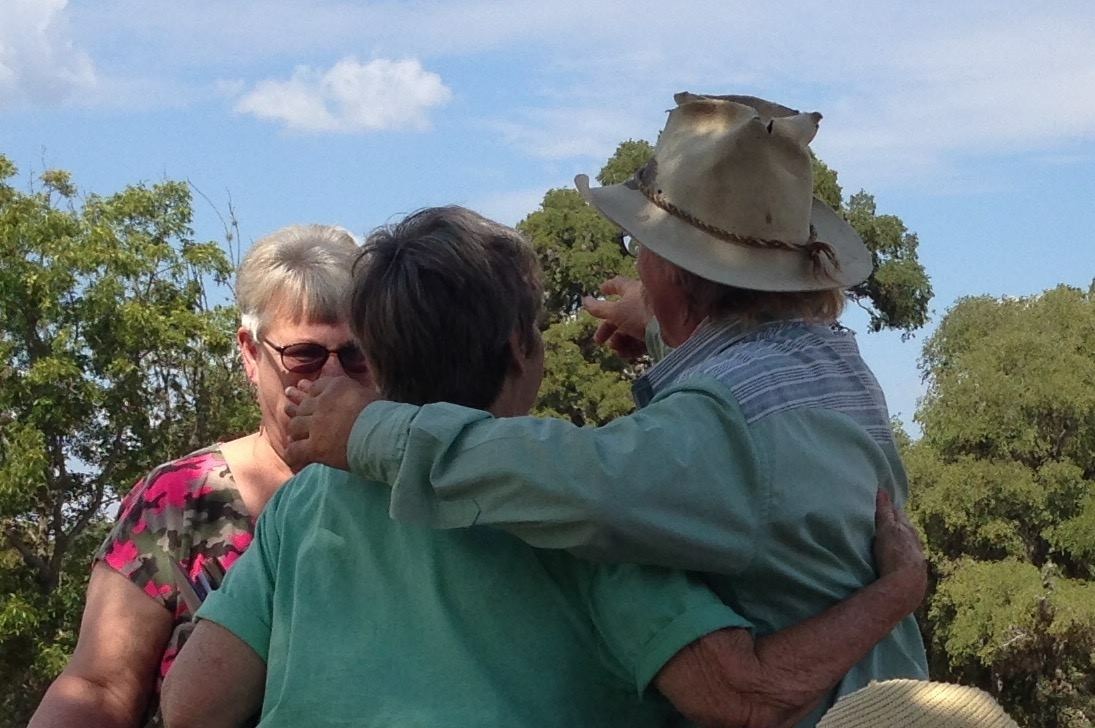 We're typically done by noon, giving folks who celebrate Easter enough time to get home for their traditions. Some folks stay behind and enjoy the town one more day.